Wild browns on the River Darent

Had an hour on the river at lunch time today, between meeting the farmer about some fencing and heading home for a conference call. The crazy lives we lead!! 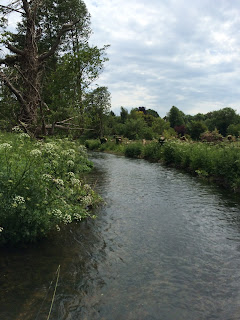 3 fish in an hour, all to adult Mayfly imitations. 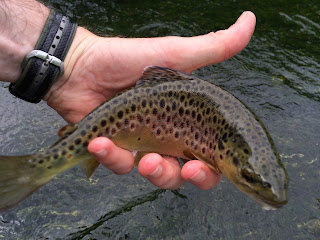 Posted by Keith Wallington at 16:39 No comments:

Mayfly madness on the Kennet

I was very lucky to get an invite from a very nice man to fish a very nice stretch (8 miles!) of the Kennet last Saturday... slap bang in the middle of the Mayfly season. Thanks Phil!

Actually, while there were good numbers of duns coming off sporadically the main feature was a huge spinner fall that built from about 3:30 and peaked at about 7 in the evening. The week prior, Phil tells me, there were no spinners about and the fish were focussed on the intense dun emergence.


I went for a pee in the woods mid afternoon and found myself in a massive mating column of mayfly. This video barely does justice to the density of the swarm.

Amazingly, there were fish that were not on the mayfly but focussed on the sporadic olive/iron blue hatch (not sure which it was).

Posted by Keith Wallington at 16:24 No comments: