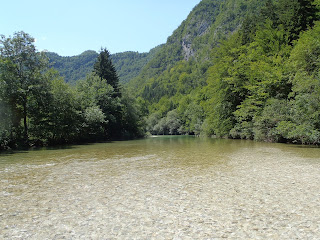 Well after lots of prep and tying (and remarkably little new tackle purchasing) I got to Slovenia on 15th July and returned a week later: Starry eyed and still processing what I experienced.

The rivers are beyond comprehension with little exception. The amounts of fish is remarkable (even if you subtract the stocked rainbows which I seldom encountered thankfully).


The fishing was incredible. I don't know how many fish I caught, it will have been hundreds. I stopped counting on day 1 at 27 and that was the least prolific river by a long way. The mix across the whole week was probably 50% grayling, 25% rainbows and 25% browns. I am happy with that ratio and more, big, grayling would not have been a problem either. The vast majority of fish were on small Plume tip CDC emergers, even some of the biggest fish, especially grayling. The big browns and rainbows ate streamers and big stonefly nymphs predominantly. 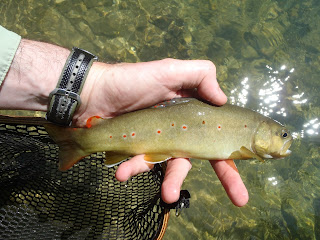 I love fishing small dries but the scope for streamer fishing to huge fish is magnificent and could have sidetracked me for the whole week. 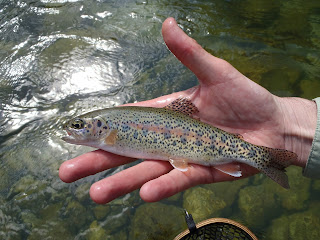 The fish are beautiful and quite unique in their markings. 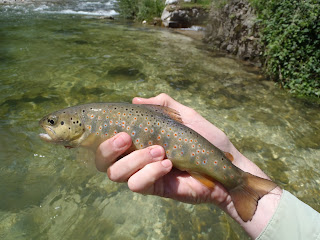 We didn't get around to the rivers on the other side of the country that hold the endemic Marble trout, we played to the weather to maximise our fishing. A pity but not a massive one given the amazing fishing we did have. Next time....

I took 2 rods, both Hardy Zeniths, a 9' 4wt and a 10' 3wt. I fished the 10' 3wt exclusively, even for big fish with streamers. This rod is truly incredible and this week of close work in so many different applications only makes me more convinced of my thoughts when I reviewed it in April. Everyone that touched it last week wants one. When you're fishing a long fly rod for long hours you want something that is weightless in your hands but highly responsive, this is the rod to beat.

The Slovenian countryside is dominated by high forested mountains, huge clear rivers and relatively few people (population less than 2 million). While there are few English people about almost all the locals speak good English which was helpful because my Slovenian is very very bad.


Thanks to Jeremy and Wojtek for organising an amazing mission into Slovenia!

Keith
Posted by Keith Wallington at 17:53